California is hot, hot hot. I grew up in the northeast, and sure it does get hot and humid there, but nothin’ like California. I know people say that humidity is bad, but I swear the dry heat out here is even worse. The sun…. it burnsss… *Gollum impression*

So my wardrobe has slowly been adapting to the heat in the form of lots and lots of hats (you’re welcome, mom) and linen. I’ve been using linen sheets on my bed, and it’s heavenly, and also bought a few linen tops from Everlane and J Crew. I first heard about Knock Knock Linen on JENKR, and from there found a whole bunch of Lithuanian linen sellers on Etsy, all of them with a similar rustic sort of aesthetic. I eventually ended up ordering a skirt and scarf from Not Perfect Linen, and here’s my review!

I placed my order for in mid-July. The production lead time is 4-6 weeks, so I was happy I receive the shipment notification email after just a month. Shipping from Lithuania to California took an additional 9 days after that. 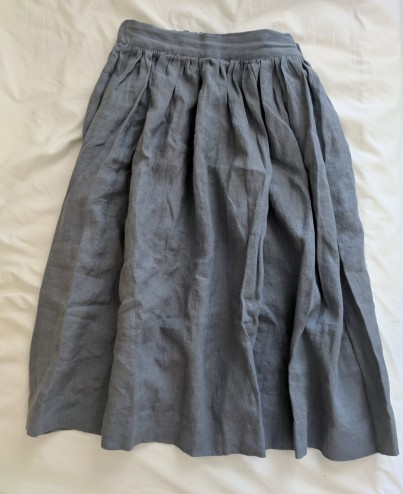 First up was this skirt. I ordered the skirt in a size small in the dark grey/graphite color. It’s a dark grey that looks a bit bluish under more light. The size small measured 27″ long, with the waistband being 24″ at the top and 26″ at the bottom. I had custom-requested a 26″ waist, but it still feels a bit tight, though not uncomfortable. Hopefully the elastic will loosen up over time.

The elastic is only at the back of the waistband, and the front is clean and good for tucking, which I like. The length is a little longer than I’d like, almost midi (the first photo at the top gives the truest indication of the length).

Because the skirt has a lot of volume (even though I requested reduced volume), it slightly hinders what I can wear on top. It looks better with slim fit tops, like the black sleeveless on the left. Next time, overall, I’d probably order a less voluminous skirt, a  looser waistband, and shorter length.

I know I sound kind of negative so far, but I actually really like the skirt! See my comments on quality later on. There are just some small things I’d like to change, which is always a hazard of ordering online, and not the fault of the manufacturer.

I also ordered the scarf in the color “ashes or rose”, which is a light pink/purple color. It’s a thinner weave than the skirt, which makes sense. I like it as both a wrap draped over the shoulders, and worn classically as a scarf. The color suits a surprisingly large fraction of my wardrobe, since I seem to have a lot of purple/magenta items. 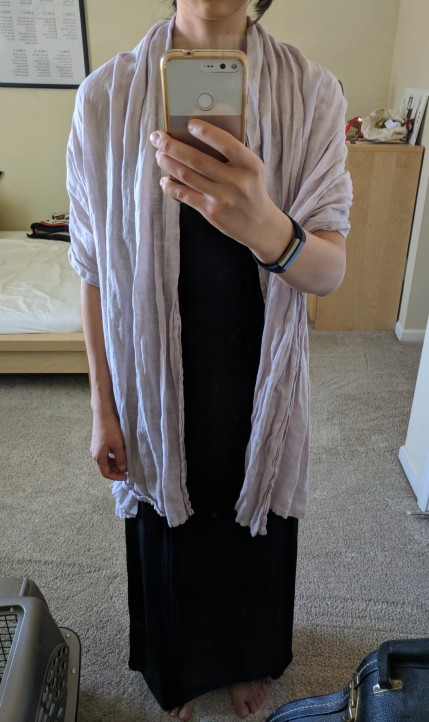 I really really like the quality of the Not Perfect Linen material. You can see the crosshatch of the linen threads, with some imperfections and variations, but without being patchy. The weave of the skirt is very dense, and as a higher test of quality, even the lighter weave of the scarf feels sturdy. Ranking it compared to the other linen I own, purely subjectively:

Maybe this isn’t an entirely fair comparison, since different item types have different weights, but it’s a reasonable ranking where I’d prefer to purchase linen from again. 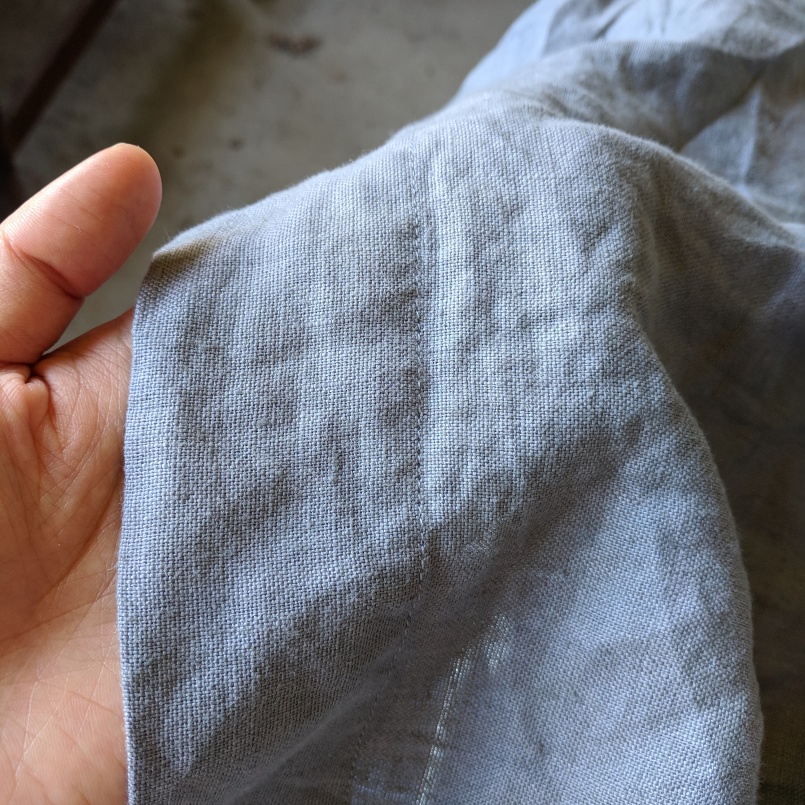 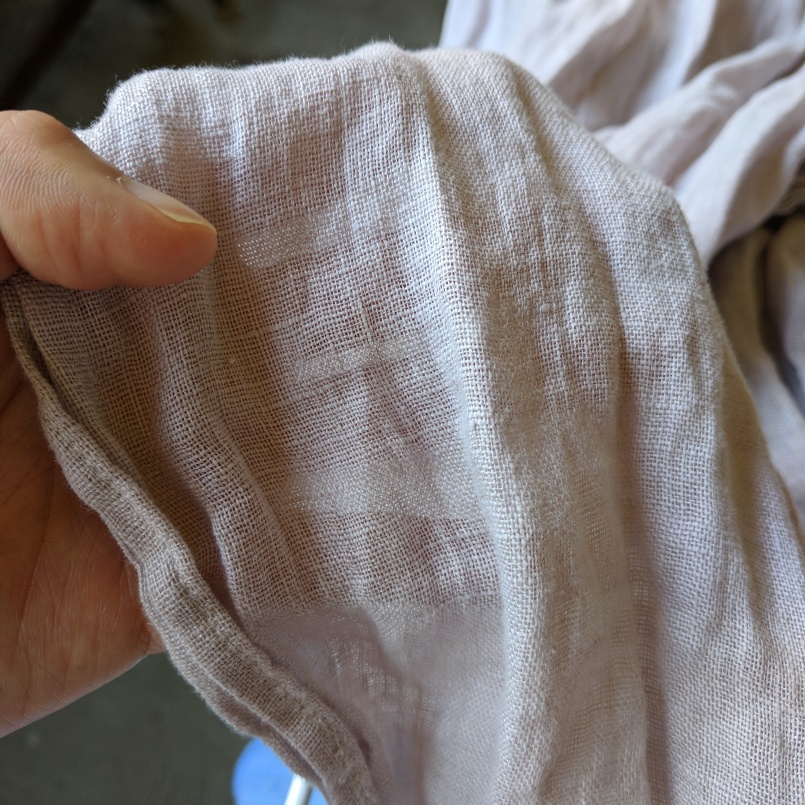 Overall, I’m obsessed. Although summer is over, I’m dreaming of what I’d like to order next. I really like this dress with a belt, as well as these curtains and table napkins. They have such pretty colors, too!

If you want to read more about Not Perfect Linen, The Temporary-House Wifey has a review of another skirt, as well as a really excellent comparison of linen quality from different brands, with actual fabric weights.

Do you like linen for clothing and home purposes? What’s on your linen wishlist?

2 thoughts on “Not Perfect Linen Review”

Hi! I’m Jess, a twenty thirty-something living in California. By day, I’m a prof, and by night, I ramble on this blog. Read more.